Ventures in the vanguard: New forays in publishing 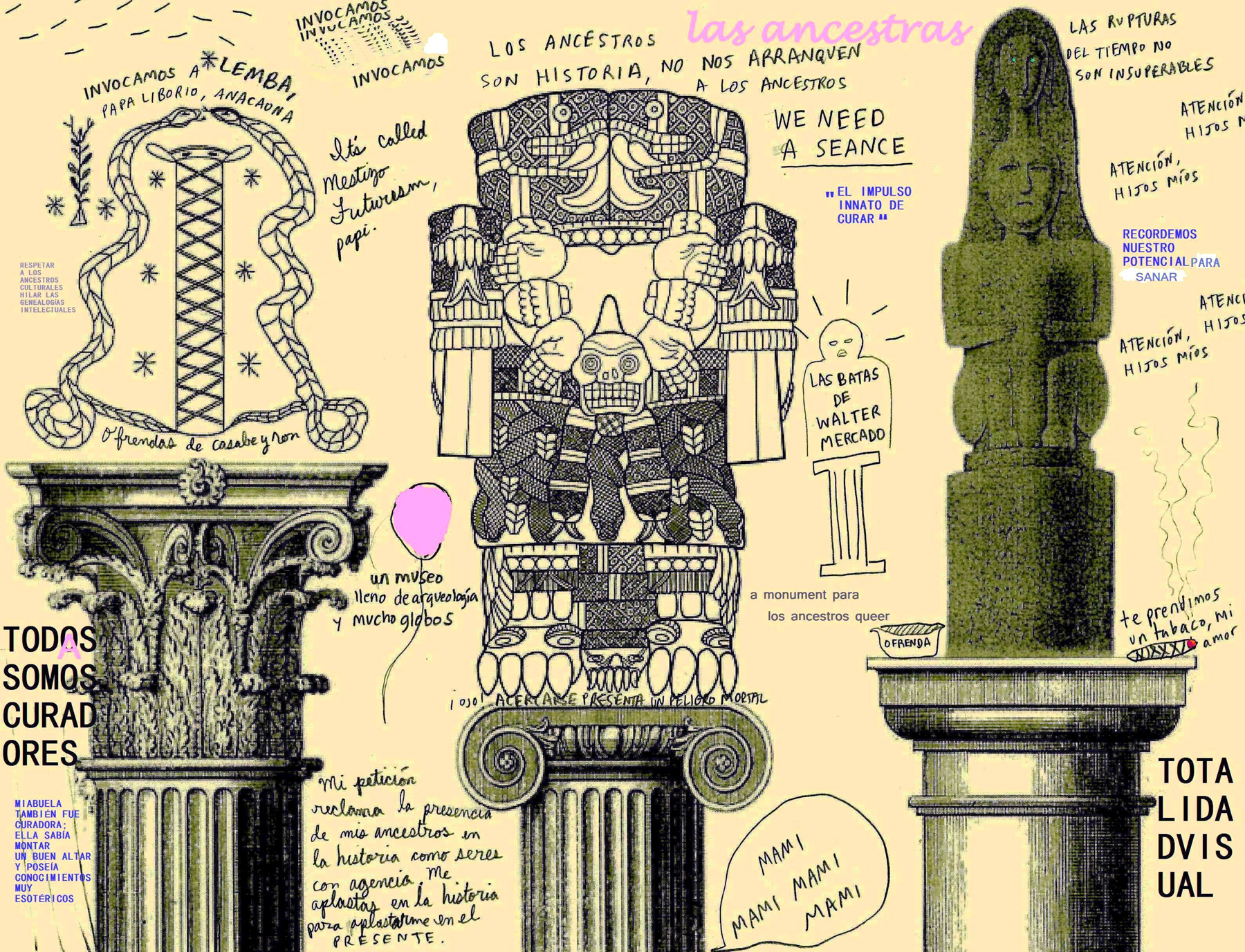 Considered broadly, publishing — the act of creating and disseminating expressions of ideas — has been around forever, or nearly. Ancient drawings on the walls of Lascaux Cave, the invention of movable type during the Northern Song Dynasty in China, the 11 daily newspapers sold on Chicago’s street corners in the 1860s, offset presses that can produce 20 copies of a magazine in a single second, and streams of content flowing through the internet — publishing is clearly an act of social engagement. To publish is to go public.

At its most familiar, publishing consists of established arbiters bringing content to the printed page or illuminated screen. Today, however, more pioneering approaches have emerged, with fluid definitions of authorship, design that participates in shaping the narrative, and departures from standard platforms and practices. Numerous independent presses with starkly independent points of view operate outside any commercial enterprise, while a renaissance in the print medium takes advantage of innovations in production — Risograph printing, experiments in bindings, new inks, coatings, and papers.

Collegial scholars and general readers alike have long turned to universities for historically accurate narratives, current scholarship, pioneering design and production, and varied points of view — culminating in a critical role for public institutions serving an international audience. Through format, content, or both, recent publications by CADA faculty are charting new territories, pushing disciplines outside their standard zones of discourse, and collapsing the act of publishing with activism, a practice that, while centuries old, takes on a new, urgent character in the age of high-speed printing and instant dissemination. Fake news only raises these stakes.

This proliferation of publications by faculty reflects the College’s expanding interests and impact and offers new definitions of “publication” for a new era in communications. Some traditional and others far from it, new forays in publishing testify to the College’s rousing participation in the vanguard — across architecture, design, and the visual and performing arts.

Printed and bound publications have been a source of groundbreaking scholarship for centuries. World History of Design by Victor Margolin, Professor Emeritus of Design History, for instance, is a richly illustrated two-volume definitive historical account of global design from prehistory to the end of the Second World War — a pluralistic study of communication and product design, design organizations, and the policies and publications within the industry. According to a review of the work in The Atlantic, “Busting the Western-centric canon of design was not Margolin’s overt intent, but it certainly is a consequence of his historical overview.”

Other members of the College faculty are likewise mining the relationship between culture and design, through history and also very much in the present. With buildings like the Palmolive and Chicago Board of Trade and iconic objects like the Schwinn Aerocycle and the Sunbeam Mixmaster, the heartland city of Chicago played a key role in the transformation of American life and the creation of our modern middleclass consumer society. The book Art Deco Chicago: The Making of Modern American Culture by Bob Bruegmann, Professor Emeritus of Art History, Architecture and Urban Planning, and Jonathan Mekinda, Assistant Professor, Art History and Design, expands beyond the typical contemporary monograph to explore the symbiosis between 20th­century American life and the great era of modern American design.

Today, however, flow — the movement of materials, data, and people around the world — is becoming the primary expression of urbanity. In her most recent book, Learning from Logistics: How Networks Change Our Cities, Clare Lyster, Associate Professor, Architecture, considers the ubiquity of logistics (as devised by Amazon, FedEx, Netflix, and Ryan Air, among others) and the increasing effects of logistical intelligence on urbanization. The work reveals ways that time­space networks affect design thinking and practice in and for the digital age.

Andrew Lister, Assistant Professor, Design and fellow designer Matthew Stuart are  collaborating on the serial publication Bricks from the Kiln, which brings together works written on and around design, at varying moments in their evolution, such as chapters lifted from forthcoming books, investigations begun but forced aside, unrecorded talks, or previously unpublished autonomous editions. Many of the contributions are experiments, and as a collection they resemble bricks, or pieces of a larger structure — things in flux and liable to crack. As Lister explains, “In preparing the first issue we were keen to adopt a responsive approach, allowing connections to develop organically through both the editorial and design processes. We want an open­ended structure, in which we define the start point but not necessarily the end point. Future issues will no doubt adopt different forms and be forced through different channels. Something we’re currently discussing for the third issue, for example, is for it to be broadcast first as a piece for radio before becoming a printed publication.”

The research and publishing collective Other Forms, founded by Assistant Professor of Design Jack Henrie Fisher and architect Alan Smart, works at multiple intersections of design and radical politics. Other Forms edits, designs, and publishes the journal Counter-Signals. The first issue, recently published, documents and theorizes forms of militant aesthetics in the history of self­organized print publishing. The second, under production, imagines the mutual ramifications of algorithms, materiality, and form in contemporary graphic design. According to Fisher, “There’s been a recent resurgence in independent publishing in the art, architecture, and design worlds. Other Forms is trying to understand this resurgence as a political project. We’re trying to connect our interest in activism and radical aesthetics to these emerging autonomous contexts for book production and distribution.”

At once mysterious and candid, Flat Out is a new biannual magazine founded by Penelope Dean, Associate Professor of Architecture, and designed by James Goggin of Practise, and in collaboration with three UIC alumni — Zehra Ahmed (MArch/ MADCrit), Ellen Grimes (MArch), and Jayne Kelley (MADCrit). It presents a forum for 15 recurring, fictitious characters to offer multiple genres of architectural criticism. A rotating cast of undercover writers and designers give voice to the characters through essays, exposés, memoirs, letters, pitches, illustrations, conversations, vignettes, and polemics. In her editorial for the first issue, Dean sets the terms of engagement thus:

“Flat Out declares that design criticism cannot be reimagined unless the conventions of editorial solicitation are suspended. We do not solicit material for thematic or situational identity, but from a casting call that appears in the back of every issue. We do not presume to legislate specific subject matter (whether trend or taboo, timely or tardy).... We do not substitute advertising for editorial content, but aim to editorialize through ads. We contend that practicing designers can (again) be among the most adept interpreters of architecture and will coax them to write about each other, as well as in collaboration with critics, historians, and theorists. Flat Out is visually dense and graphically clear. We substitute a front to back sequence of articles and graphic essays for simultaneous beginnings and separate endings. We eschew author bios for personality portraits, with a different artist depicting them in each issue.”

Proclaiming itself “the compendium of architectural fictions, judgments, and opinions,” the School of Architecture’s autonomous student-run journal Fresh Meat publishes a stirring new issue roughly twice a year. Founded in 2008 by graduate architecture students, Fresh Meat and its associated events promote wide-ranging conversations about the role of architecture in today’s world. According to its editors, the issue currently in production will consider “the Fake and the Radical as two forms that hide, react, reject, conceal, and distort the rules of the day.”

One considers all these publications and begins to see a common assertion of agency, of the social, artistic, and intellectual calling to stand apart — great acts of individuality, but dedicated to shared interests and objectives. Yet the definition of publishing need move surprisingly little to accommodate this desire to upend convention and conventional thinking. An interesting intellectual parallel exists in another new journal, Fwd: Museums, which is a call to action for museums — an example of pushing an established institution to break the standard mold, while retaining the spirit of its original mission. Words on the page remain a trustworthy venue for this undertaking. Notably, publishing has the flexibility for reinvention while retaining its core identity as public purveyor of ideas and information, as does the museum. In her welcome to the first issue, editor Therese Quinn, Associate Professor of Art History and Director, Museum and Exhibition Studies, asserts, “It is too evident to many of us what a museum is, making it hard to imagine what it could be.” Quinn bases Fwd: Museums on the quest to recast museums as spaces that reflect the social context in which they operate: needs, concerns, and preoccupations of their community of visitors.

Last year, in an example of reinvention within both the museum and publishing contexts, the Art Institute of Chicago became a client for seniors in the School of Design’s Design Thinking and Leadership course. The students explored the possibilities and potential for the museum’s digital publishing program, prototyping a digital version of the exhibition catalogue Van Gogh’s Bedrooms. This investigation of new models for publishing considered alternative narrative formats as a means for translating Vincent van Gogh’s search for intimacy and home — filmic depictions of place, interactive timelines, and audio narrations of the artist’s letters — forms not possible in a traditional printed book.

Of sound minds, and mindful sounds

For musicians, publishing ranges from works on the history and context of music to compositions, arrangements, and recordings. Here again, a familiar venue for the presentation of new work meets innovation. Scott Tegge, Teaching Associate, School of Theatre & Music, leads the brass quintet Gaudette Brass, which recently released sevenfive: The John Corigliano Effect, featuring world­premiere recordings of Corigliano’s “Antiphon”  and “Fanfares to Music,” both for double brass choir. Gaudete Brass decided to illuminate Corigliano’s enduring influence by commissioning works from several generations of composers who studied with him and then performing their world premieres alongside Corigliano’s existing brass pieces. The concert took place at Roosevelt University’s historic Ganz Hall, with Corigliano and the other composers present. Similarly, 12 of Chicago’s finest vocalists performed original compositions by Jeannie Tanner for the February concert Words and Music. Dan Murphy, Lecturer, School of Theatre & Music, is the pianist and musical director for Words and Music and co­producer of the accompanying album.

Technology and globalization are changing just about everything, and publishing is no exception. Trading in new ideas in both form and content, publishing offers a prime place to look for timely provocation —  particularly in the shared space of the arts and higher education, and particularly from voices at the College right now. After all, the outer edges of the current moment usually produce the most fertile ground for speculation. We find ourselves in a perfect storm of inventive verbal, visual, and aural expression. Stay tuned and alert; do not run for cover.

Image: Ranald Woodaman, A Doodled Vision for a Latino Museum, 2016.