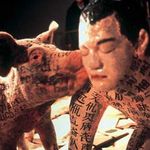 Xu Bing (born 1955) is an emigr from China, where he was very well known in both established and underground artistic circles. His past installations and performances have used invented language and calligraphic mark making to explore how different language for instance, academic language, official language, vernacular language holds different meanings. Through the juxtaposition of various real, altered, and invented sign systems, Xu’s mixed-media works continue to explore the gap between language and meaning, exposing their arbitrariness and absurdity.

After rising to prominence as one of the key figures in the Chinese “New Wave” art movement, Xu immigrated to the United States in 1990. His departure coincided with a time of diminished opportunities available to artists in the wake of the Tiananment Square massacre and the subsequent persecution of student and intellectual leaders. Since his time in the United States, the issue of cultural difference has surfaced in his work as a further layer of exploration.

Bing earned a BFA and an MFA from the Central Academy of Fine Arts, Beijing.