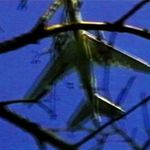 Willie Doherty (born 1959) works with photography and video, often creating darkly ethereal environments by projecting within a confined space, giving a sense of claustrophobia. His work quietly but provocatively documents evidence of the violence that has transformed Ireland’s bucolic landscape into a site of unease. In True Nature, currently exhibited at the Renaissance Society at the University of Chicago, Doherty has shifted his focus away from the ashes of conflict harbored by the Irish landscape, toward a nostalgia constructed by both its current residents and a diaspora several generations removed. The installation is a five-part video shot in Chicago and Ireland, accompanied by an audio track derived from a series of interviews with Chicagoans of Irish descent. The multiple viewpoints and fragmented voices refer to historical experience that through re-telling exists only as myths. These in turn become inseparable from perceived and imagined personality traits and wider national characteristics.

Doherty lives and works in his hometown of Derry, Ireland, and has exhibited internationally since the 1980s, including group and solo shows in London, Paris, Venice, Zurich, Los Angeles, and New York. He was recently included in No Place Like Home, a group exhibition organized by Richard Flood at the Walker Art Center, Minneapolis, and is represented in New York by Alexander and Bonin. He received a BA from Ulster Polytechnic, Belfast.