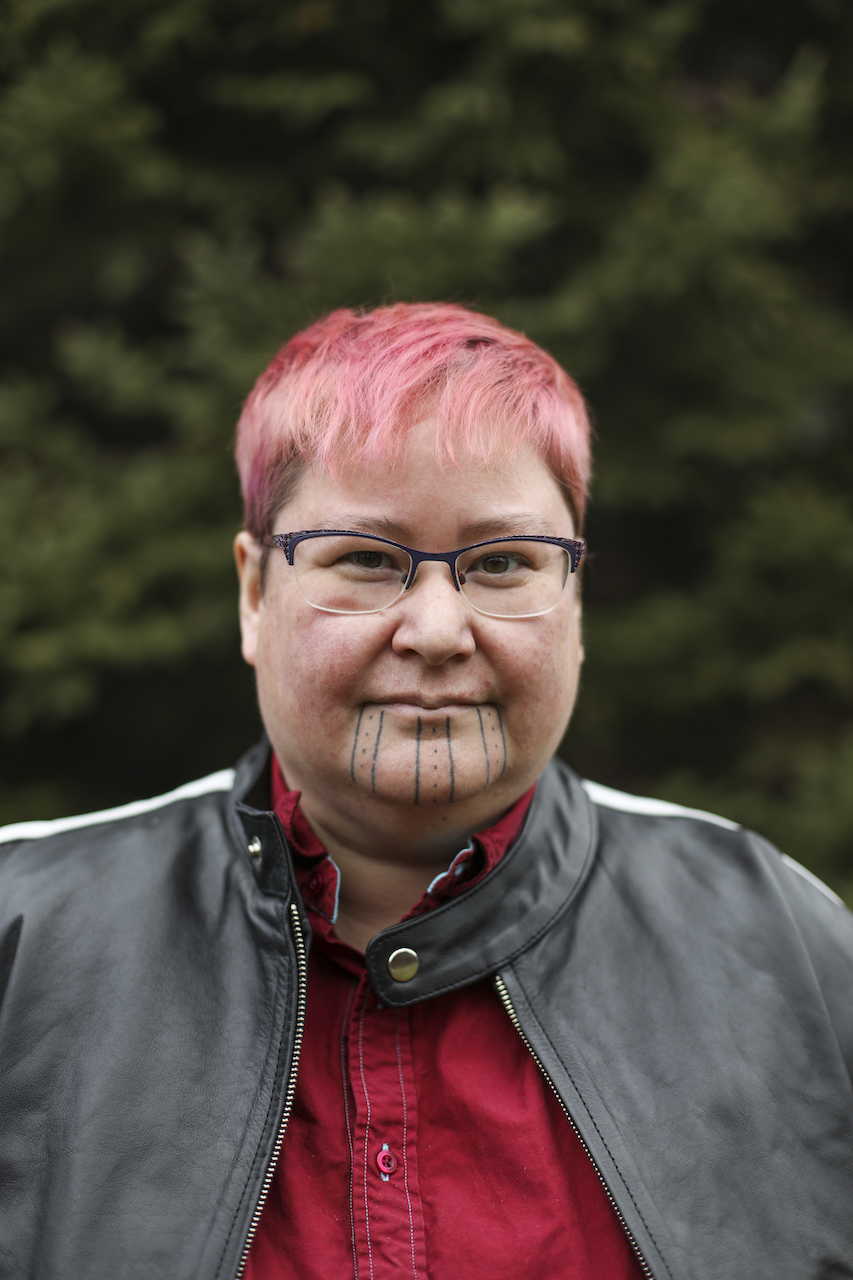 Join filmmaker TJ Cuthand for a lecture and screening of three short films—Reclamation, Less Lethal Fetishes, and Kwêskosîw (She Whistles). Cuthand’s films grapple with the interconnected crises of climate change and colonial violence, drawing on Indigenous traditions to imagine and reimagine the possibility of rehabilitation. For this lecture, Cuthand will discuss his relationship with Two Spirit/Indigiqueer communities as an artist and criticisms within the Indigenous community about who is represented on screen.

TJ Cuthand was born in Regina, Saskatchewan, Canada in 1978, and grew up in Saskatoon. Since 1995 he has been making short experimental narrative videos and films about sexuality, madness, Queer identity and love, and Indigeneity, which have screened in festivals internationally, including the Tribeca Film Festival in New York City, Mix Brasil Festival of Sexual Diversity in Sao Paolo, ImagineNATIVE in Toronto, Ann Arbour Film Festival, Images in Toronto, Berlinale in Berlin, New York Film Festival, Outfest, and Oberhausen International Short Film Festival. His work has also exhibited at galleries including the Remai in Saskatoon, The National Gallery in Ottawa, the Whitney Museum of American Art in New York, MoMA in New York, and The Walker Art Center in Minneapolis. He completed his Bachelor of Fine Arts majoring in Film and Video at Emily Carr University of Art and Design in 2005, and his Masters of Arts in Media Production at Toronto Metropolitan University in 2015. He is a trans man who uses He/Him pronouns. He is of Plains Cree and Scots descent, a member of Little Pine First Nation, and currently resides in Toronto, Canada.

This program is free and CART captioning will be available. For questions and access accommodations, email gallery400engagement@gmail.com.