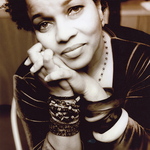 Michele Washington has over seventeen years of experience as a designer and art director. She was an art director at Essence magazine, a senior designer for Self magazine, and an associate art director for Black Enterprise magazine. Washington has also worked for the New York Times, YSB Magazine, Business Month, CBS Publications, and the New York Botanical Gardens. She co-curated an exhibition of original posters created by selected African American designers, titled Visual Perceptions; Twenty-one African-American Designers Challenge Modern Stereotypes.

Washington is currently a principal at Washington Design, which specializes in publication design. She is an adjunct instructor at the School of the Art Institute of Chicago, where she teaches computer design, and she has previously taught at the Fashion Institute of Technology, New York. She also lectures nationwide on the history of African American graphic design and is developing a book and companion interactive media program. Washington received an MFA in visual communications from Pratt Institute, New York.