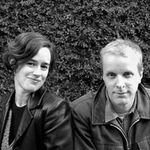 In 1999, artists Julia Meltzer and David Thorne founded the Speculative Archive, which works with existing collections of historical records to produce new documents. The Speculative Archive’s work has been presented in varied visual forms, including installation and single-channel video. Current projects focus on state secrecy as a memory practice and its effects on contemporary political dynamics. The Archive’s most recent project, It s not my memory of it, is a 25-minute single-channel video which mobilizes specific historical records in order to raise questions around notions of disappearance and the tenuousness of historical fact in the current climate of terror.

Speculative Archive projects have been shown at venues including the Next Five Minutes Festival, Amsterdam; the New York Video Festival; Los Angeles Contemporary Exhibitions; and the Socialist Scholars Conference, New York. Speculative Archive documents have also been published in Cabinet magazine and Art Journal. Julia Meltzer is the Executive Director of Clockshop, a non-profit production company based in Los Angeles. Her work includes installation, video, and performance, and has been exhibited nationally at venues such as the New Museum of Contemporary Art, New York and the Massachusetts Museum of Contemporary Art. David Thorne’s recent work has addressed the conditions of globalization, notions of justice shot through with revenge, and memory practices in a moment of excessive rememorations. In addition to the Speculative Archive, his current projects include an ongoing series of photo-works, Men in the News, and Boom!, a collaboration with Austrian artist Oliver Ressler.