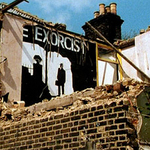 John Smith (born 1952) screens and discusses four recent short incisive and humorous films, Blight, The Kiss, The Wasteland, and Regression (1996 99). Surprising, absurd, stylish, and even brilliant, his films engagingly investigate forms and techniques such as fictionalized documentary, minimalism, subjectivity, and self-reflection. The UK/Canadian Video Exchange says, “the popularity of John Smith’s films can be explained by his wry sense of humor, his play on language, and the elegance of his visual style. His understated humour thinly conceals a darker layer of meaning in his films. John Smith’s skill as both narrator and composer of visual narratives leaves us discomforted even as we smile.”

Since 1972, Smith has made over thirty film, video, and installation works. Among his films are Regression (1999), which won at the International Short Film Festival, Oberhausen; The Kiss (1999), exhibited in Tokyo, Kyoto, and Bangkok; and Blight (1996), which won the Gold Plaque for Best Experimental Film at the 33rd Chicago International Film Festival.