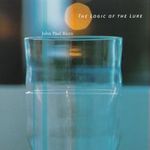 In his lecture “Name No One Man” art historian and theorist John Paul Ricco will discuss the seemingly destructive act of erasure as a necessary and perhaps even inevitable force of (de-)creation and invention. The force of erasure opens up a space of relationality that is not only the easily conceptualized dichotomous reciprocity of drawing and erasing, but also an incalculable and incommunicable zone of sociality and sexuality, which, Ricco argues, is at once the promise and potential of community. Community understood not in terms of a collective totality, but as an indistinct sharing and, at times, a traitorous collaboration. By returning to various “scenes of writing” that go by the names of Freud, Rauschenberg, Genet, Derrida, and Nancy, Ricco thinks of existence as necessarily and always a matter of co-existence precipitated by, and as, the conjunction of erotics, writing, and art’s work.

Ricco is Assistant Professor of Contemporary Art History, Theory and Criticism at Texas Tech University, where he teaches undergraduate courses in 20th century art and graduate seminars on such topics as the history of institutional critique, site-specific art practices, art after aesthetics, and artists as writers. His theoretical work within the disciplines of art history and contemporary art focuses on a variety of fields, from aesthetics and social-sexual ethics to architecture and gender studies. Previously Ricco has taught at the School of the Art Institute of Chicago and has held research fellowship at the University of California, Berkeley and at Cornell University’s Society for the Humanities. His recent book, The Logic of the Lure, was published in 2002 by the University of Chicago Press.