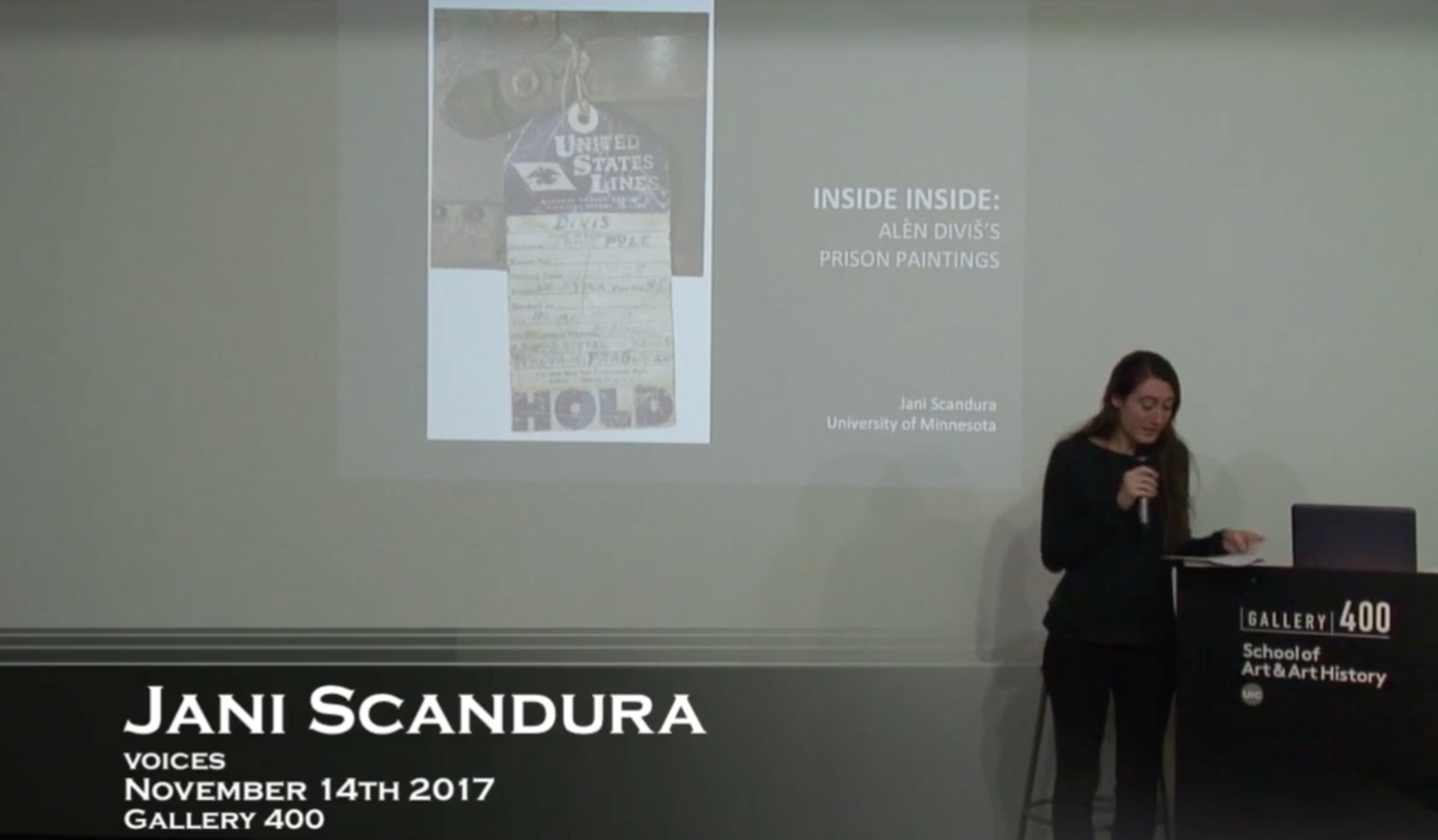 Join us for a lecture on Alén Diviš (1900-1956), a Czech artist whose work portrayed the hallucinatory visual space of prison walls. In Inside Inside: Alén Diviš’ prison walls, Jani Scandura explores a series of paintings produced by Diviš while in exile in New York between 1941 and 1947, that represent the material and psychic space of solitary confinement at La Santé prison in Paris, where he had been incarcerated for seven months. While his paintings raise many questions about the trajectory of modern art, and Czech art in particular, and about the art of trauma, war, exile, and mental illness; they can certainly be seen as a meditation of wall as an interactive and animate medium in ways that resonate with surrealist photography and exquisite corpse experiments and go beyond them.

Jani Scandura is Associate Professor of English at the University of Minnesota where she is also affiliated with the departments of Cultural Studies and Comparative Literature and American Literature.  From 1999-2010, she was co-director of the Space&Place Research Collective at the University of Minnesota and in 2015-16 was Visiting Professor in American Studies at the University of Graz. Her critical work explores the articulation of modern temporal and spatial practices, materiality, memory, and emotion. She is the author of Down in the Dumps: Place, Modernity and American Depression (Duke UP 2008), co-editor with Michael Thurston of Modernism, Inc.: Body, Memory, Capital (NYU Press 2001). She is currently finishing a book, “Proximity: Nearness and Similarity in the Age of Absolutes,” about World War II memory, visual and literary art, and relations of adjacency, and has begun work on a nonfiction novel, “Cemetery of Elephants,” about a Jewish Czech artist and the avant-garde resistance during Paris Occupation. Before becoming an academic, she worked as a magazine editor and writer, publishing in GQ, Vogue, Mademoiselle, Self, and other venues.

You can watch the recording here.