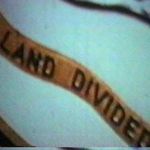 Dalida Maria Benfield is a filmmaker, videographer, and performance artist who also teaches, lectures, curates, and is the program director of Women in the Director’s Chair, a not-for-profit organization that supports the exhibition of alternative women’s media. She is also the producer of Feedback, an independent video series presenting alternative video and film.

Her work has been viewed at the Chicago Latino Film Festival; Biola University Art Gallery, California; the New Latin American Film Festival, Havana, Cuba; Franklin Furnace, Chicago; Randolph Street Gallery, Chicago; and on numerous cable access stations. Benfield earned a BA in communication arts from the University of Wisconsin and an MFA from the School of the Art Institute of Chicago.