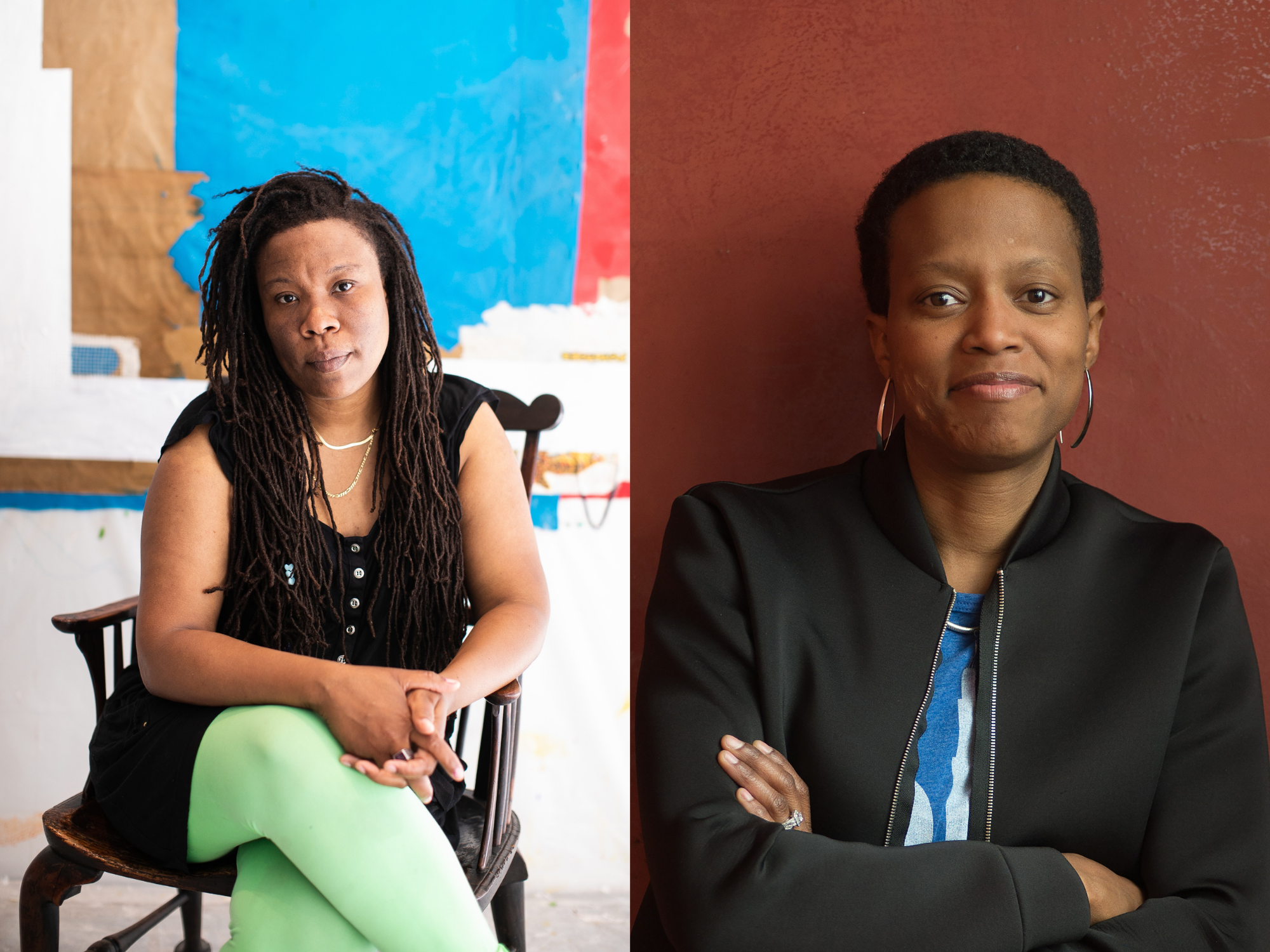 This program is free and closed captioning will be available.

Tomashi Jackson, b 1980, Houston, Texas, is an artist based in Cambridge, Massachusetts and New York City. Her solo exhibitions include Brown II at the Radcliffe Institute for Advanced Study at Harvard University, Cambridge, Massachusetts (2021); The Land Claim at the Parrish Art Museum, Water Mill, New York (2021); Love Rollercoaster at The Wexner Center for the Arts, Columbus, Ohio (2020); Forever My Lady at Night Gallery, Los Angeles (2020); Time Out of Mind at Tilton Gallery, New York City (2019); Interstate Love Song at the Zuckerman Museum of Art, Kennesaw, Georgia (2018); and The Subliminal is Now at Tilton Gallery, New York City (2016). Her work was included in the 2019 Whitney Biennial and has been featured in group exhibitions at the Solomon R. Guggenheim Museum, New York; Moody Center for the Arts at Rice University; Los Angeles Museum of Contemporary Art; the Contemporary Arts Museum Houston; the Contemporary Art Center, New Orleans; and the Massachusetts Museum of Contemporary Art. Her work is included in the public collections of the Solomon R. Guggenheim Museum, the Whitney Museum of American Art, the Los Angeles Museum of Contemporary Art, the Baltimore Museum of Art, and the Studio Museum in Harlem. Jackson completed the Skowhegan summer residency and was a Resident Fellow at ARCAthens, Athens, Greece in 2019 and she has been the Inga Maren Otto artist in residence at the Watermill Center in 2021. She was awarded the Joan Mitchell Foundation Painters & Sculptors Grant in 2020. Her work is represented by Tilton Gallery in New York City and Night Gallery in Los Angeles.

Amanda Williams is a visual artist who trained as an architect. Her creative practice employs color as an operative means for drawing attention to the complex ways race informs how we assign value to the spaces we occupy. The landscapes in which she operates are the visual residue of the invisible policies and forces that have detrimentally shaped much of the United States. Williams’ installations, sculptures, paintings, and works on paper seek to inspire new ways of looking at the familiar and in the process, raise questions about the state of urban space and ownership in America. Her breakthrough series, Color(ed) Theory, was recently named by the New York Times as one of the twenty-five most significant works of postwar architecture in the world. For the series, she gathered friends and family to paint the exterior of several condemned houses on the south side of Chicago. The unsanctioned project saw Williams’ cover each structure in a monochrome palette from culturally coded color associations. The project garnered international acclaim and interest. What Black Is This You Say?, a multi-platform project that explores the wide range of meaning and conceptual color that connotes blackness. Using her Instagram account as an initial platform to challenge and celebrate black lives, the work has evolved into a series of paintings, soundworks and a year long public work in New York’s SoHo neighborhood. In her most recent participatory artwork at the Museum of Modern Art in NY, Embodied Sensations, Williams considers how COVID-19 has reshaped how we move, and how we relate to one another. She examines questions of race, ability and power, highlighting the stark inequities and systemic injustices that underlie such shifts; asking us to reflect on control and freedom, isolation and community, prejudice and violence, love and fear. Amanda has exhibited widely, including the Museum of Modern Art in NY, the Venice Architecture Biennale, the MCA Chicago, and a public commission at the Pulitzer Arts Foundation in St. Louis. She is co-designer of a forthcoming permanent monument to Shirley Chisholm in Brooklyn NY and part of the Museum Design Team for the Obama Presidential Center. Williams has garnered critical acclaim and been recognized as a USA Ford Fellow, a Joan Mitchell Painting and Sculpture grantee, a 3Arts Next Level awardee, and is the inaugural Artist-In-Residence at Smith College. She is a highly sought after lecturer, including a mainstage 2018 TedTalk. Amanda sits on the boards of the Graham Foundation, The Black Reconstruction Collective, and the Pulitzer Arts Foundation. Her work is in several permanent collections including the Art Institute of Chicago, the National Museum of African-American History and Culture, and the Museum of Modern Art (MoMA, NY). Her projects have recently been published in ‘Black Futures’ and ‘Radical Architecture of the Future’. Amanda lives and works on the south side of Chicago.

Darcell Rockett. “Amanda Williams Gave US Tastes and Glimpses of ‘Blackness,’ Artistic Proof That the Culture Is Not MONOLITHIC. If You Don’t Know, Now You Know.” Chicago Tribune. Chicago Tribune, December 24, 2020.