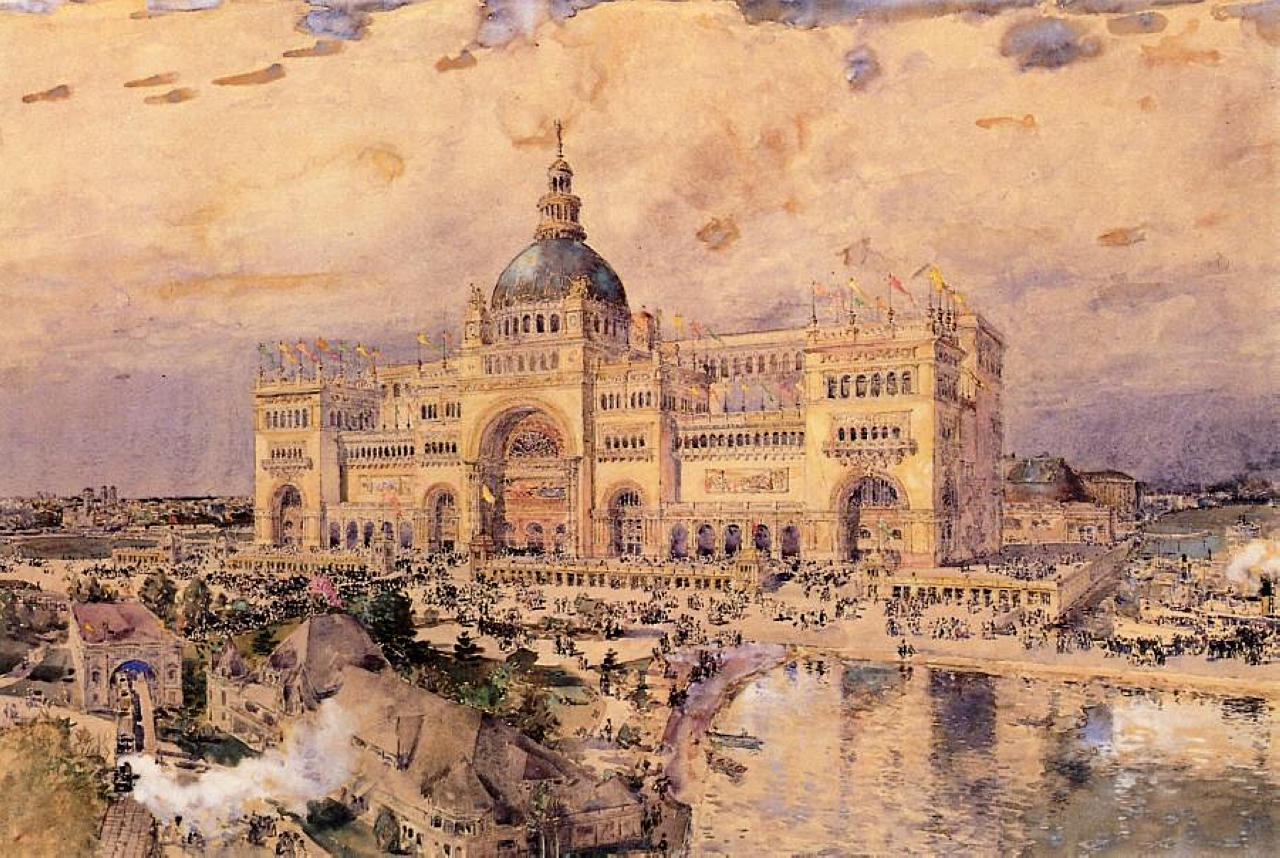 In 1893, Steele MacKaye set out to build the Spectatorium, the world ’s largest theater for the world’s largest event, the World ’s Columbian Exposition. Within this immense space, MacKaye intended to present The World Finder, an epic in four acts that told the story of Columbus’s voyage to America. A Chicago Tribune article from the period reached the conclusion that in The World Finder “no attempt has been made at illusion.” Indeed, MacKaye filled his ocean with real water, his New World with real plants, and his stage with a real cast of thousands. But in his commitment to joining in his words, “nature and art,” MacKaye did not take into account the hard realities of the American economy, which collapsed shortly before the Exposition’s opening. Half a million dollars went into constructing the never completed Spectatorium, which was sold as scrap for a little over two thousand dollars. MacKaye died within the year.

Pocket Guide to Hell (Paul Durica, Michelle Faust, Kenneth Morrison, Sayward Schoonmaker, and Nat Ward) has revisited this story of big dreams and bigger failures. On display are artifacts connected to the Spectatorium and The World Finder, including a complete section of the mammoth theater; a scrapbook donated by the MacKaye family; costumes for Christopher Columbus and Queen Isabella; and salvaged lumber converted into Chicago sidewalks and workers’ cottages. An abridged performance of The World Finder will accompany the exhibition to mark the 118th anniversary of Steele MacKaye’s death.