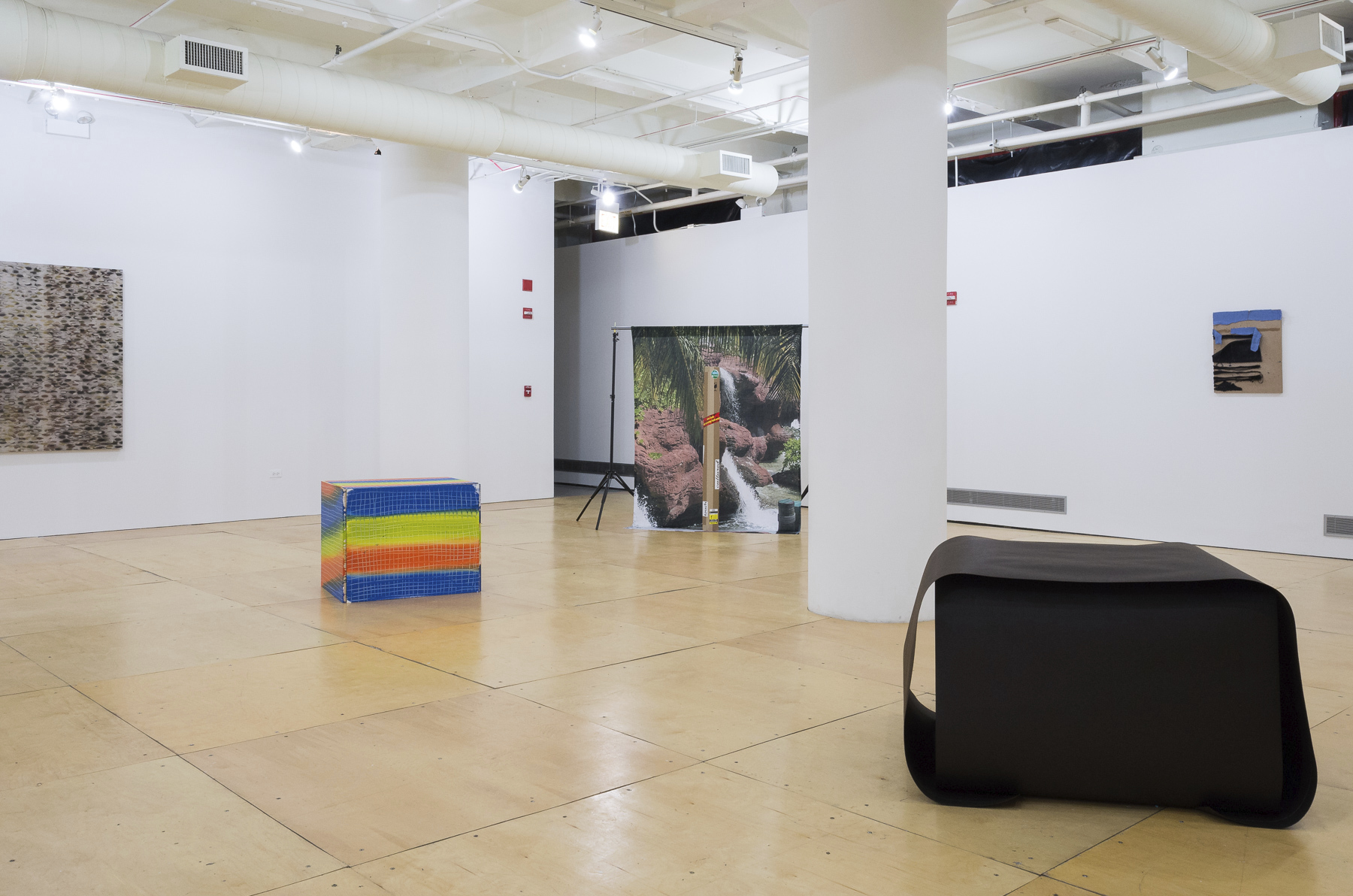 The Uncanny Valley is a gigantic plain, stretching as far as the eye can see in every direction. Materials and objects that are both familiar and strange are encountered in The Uncanny Valley, with slipping perceptual cues and decoys receding into unknown planes. Curt Miller ’s photographs, videos, and objects are created to disappear, utilizing the phenomena of camouflage to simultaneously be consumed by the landscape and merge with it. His work is concerned with the discrepancy between vision and presence and the nature of conspicuous objects in their surroundings. Ellen Nagel ’s minimalist sculptures are coy avatars of found objects from daily life. The subtle cultural metaphors they evoked warrant a second look at materials that appear to be incidental and formal decisions that are deftly considered. By representing nature through digital means, John Szczepaniak addresses the ossified binary between nature-culture. His sculptures and videos fabricate encounters with the natural sublime, creating imaginary constructs with ubiquitous Home Depot aesthetics. The Uncanny Valley is like a buried spring or a dried-up pond. One cannot walk over it without the feeling that water might flow up again.

Working primarily in photography, video, and various forms of object making, Curt Miller ’s work addresses discrepancies between vision and presence. He received a dual BA in English Literature and Film Studies at Indiana University in 2012.

John Szczepaniak often works between sculpture and video, exploring new modes of production to ask questions of being. He received a BA from the University of Toronto and a MA from Binghamton University in 2013.