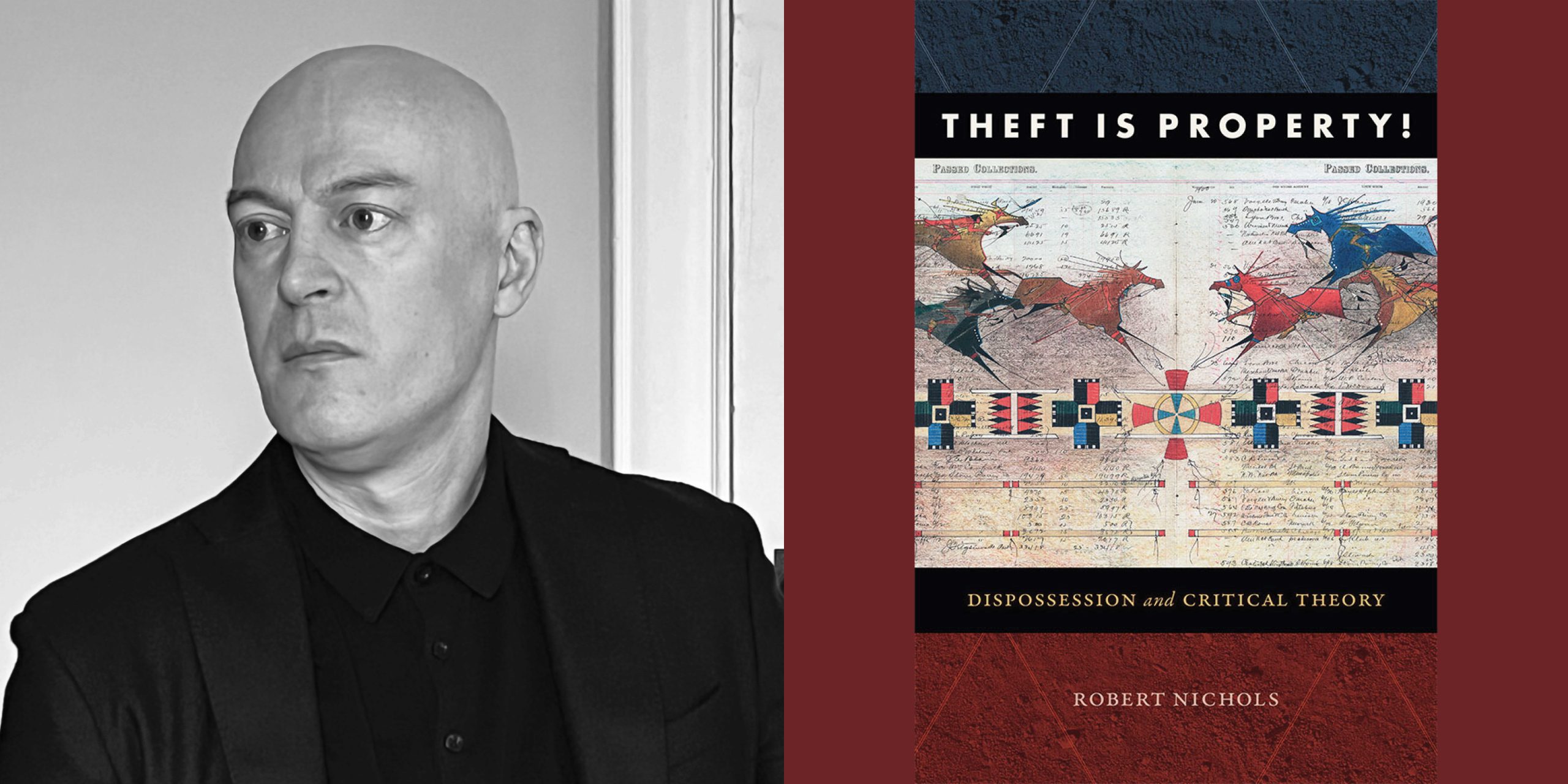 Join scholar Robert Nichols for a lecture and discussion of his groundbreaking book Theft is Property! (Duke Press, 2020).

Drawing on Indigenous peoples’ struggles against settler colonialism, Theft Is Property! reconstructs the concept of dispossession as a means of explaining how shifting configurations of law, property, race, and rights have functioned as modes of governance, both historically and in the present. Through close analysis of arguments by Indigenous scholars and activists from the nineteenth century to the present, Robert Nichols argues that dispossession has come to name a unique recursive process whereby systematic theft is the mechanism by which property relations are generated. In so doing, Nichols also brings long-standing debates in anarchist, Black radical, feminist, Marxist, and postcolonial thought into direct conversation with the frequently overlooked intellectual contributions of Indigenous peoples.

Attendees are encouraged to read “Introduction” in Theft is Property!

Robert Nichols is Associate Professor of Political Theory in the Department of Political Science at the University of Minnesota. His areas of research specialization include contemporary political theory (esp. Critical Theory); the history of political thought (esp. pertaining to imperialism and colonialism in the 19th century); and the contemporary politics of settler colonialism and indigeneity in the Anglo-American world.

Before joining the University of Minnesota, Professor Nichols was Alexander von Humboldt Faculty Research Fellow in the Department of Philosophy at the Humboldt Universität zu Berlin. He has also held academic posts at the École des Hautes Études en Sciences Sociales (France), the University of Alberta (Canada), University of Cambridge (UK), and Columbia University (USA).

He is the recipient of grants and awards from the Fulbright, Humboldt, Killam, McKnight, and Trudeau Foundations, as well as from the National Endowment for the Humanities and the Social Sciences and Humanities Research Council of Canada.

ACCESS INFORMATION: This program is free and CART captioning will be available. For questions and access accommodations, email gallery400engagement@gmail.com.