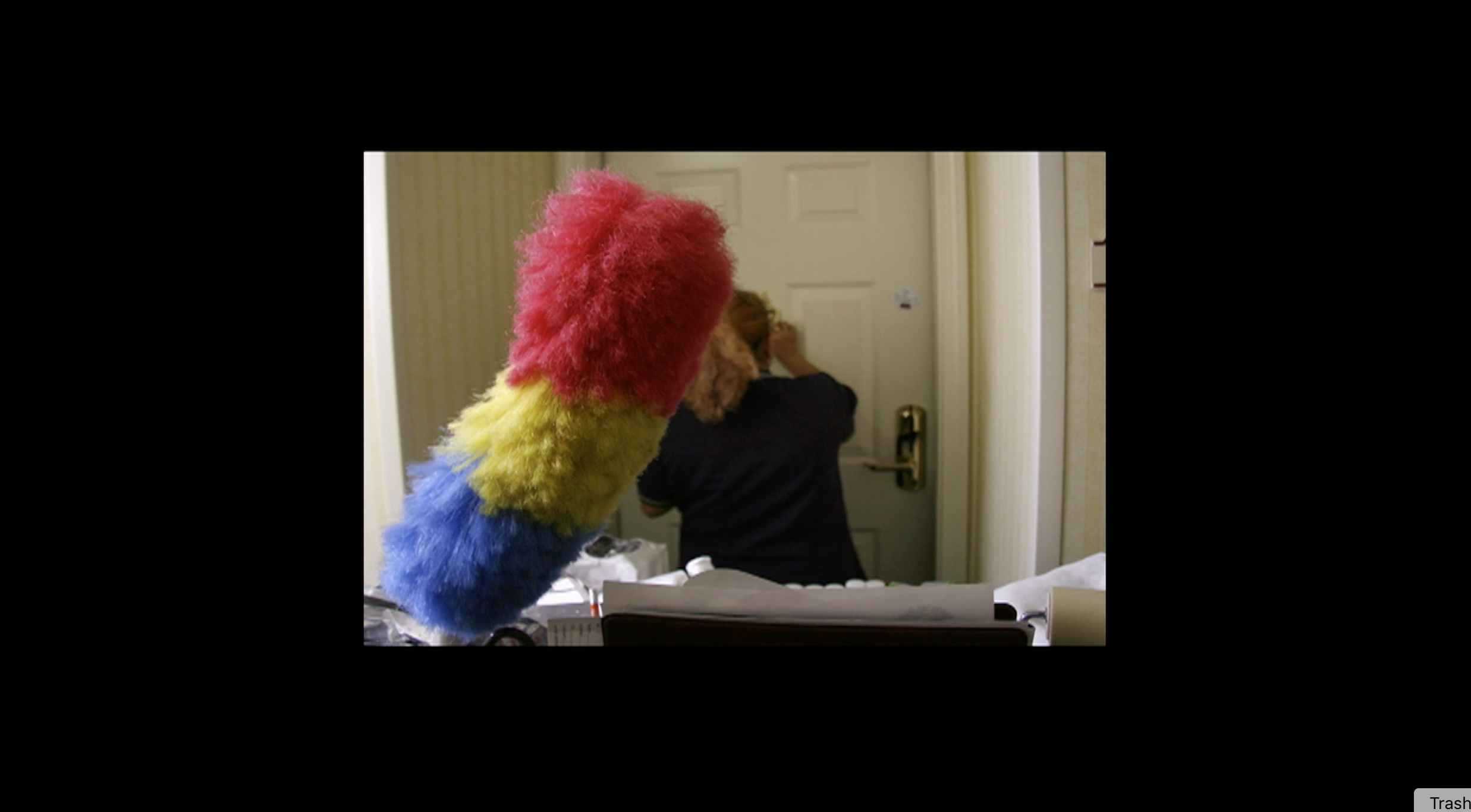 Blurring the lines between documentary and fiction, Karina Aguilera Skvirsky’s Gioconda focuses on the situation of immigrants that often make up large swaths of service and invisible labor in the United States. With the use of soundtracks from Hollywood “border films” and evocative stop-action shots, Skvirsky focuses on Gioconda, a hotel worker and recent immigrant, in order to explore the condition of immigrants that are forced to work long hours in menial jobs.

Karina Aguilera Skvirsky (b.Providence, RI) is a multidisciplinary artist whose practice began in photography and grew into video and performance. In 2019, she received a grant from Creative Capital to produce How to build a wall and other ruins, a project that includes a series of sculptural photographs, a multi-channel video installation, and live performances. She has exhibited the project in solo exhibitions at Museo Amparo in Puebla, Mexico, and Ponce Robles Gallery in Madrid, Spain. Other important international exhibitions include her participation in Impermanence, the XIII Cuenca Biennial (Ecuador) curated by Dan Cameron in 2016 and There is always a cup of sea for man to sail, the 29th São Paulo Biennial in Brazil (2010).

Karina Svirsky exhibited at Gallery 400 as part of the 2014 show Nice Work If You Can Get It, curated by Lorelei Stewart. Exploring the legacies of industry, immaterial labor, service work, invisible labor, and more, the artists featured in the exhibition articulated a variety of responses to the relationships between labor, economy, and politics. Nice Work If You Can Get It was part of an ongoing series of exhibitions and events, Standard of Living, which explored shifts in economies and works in the wake of the 2008 financial crisis.