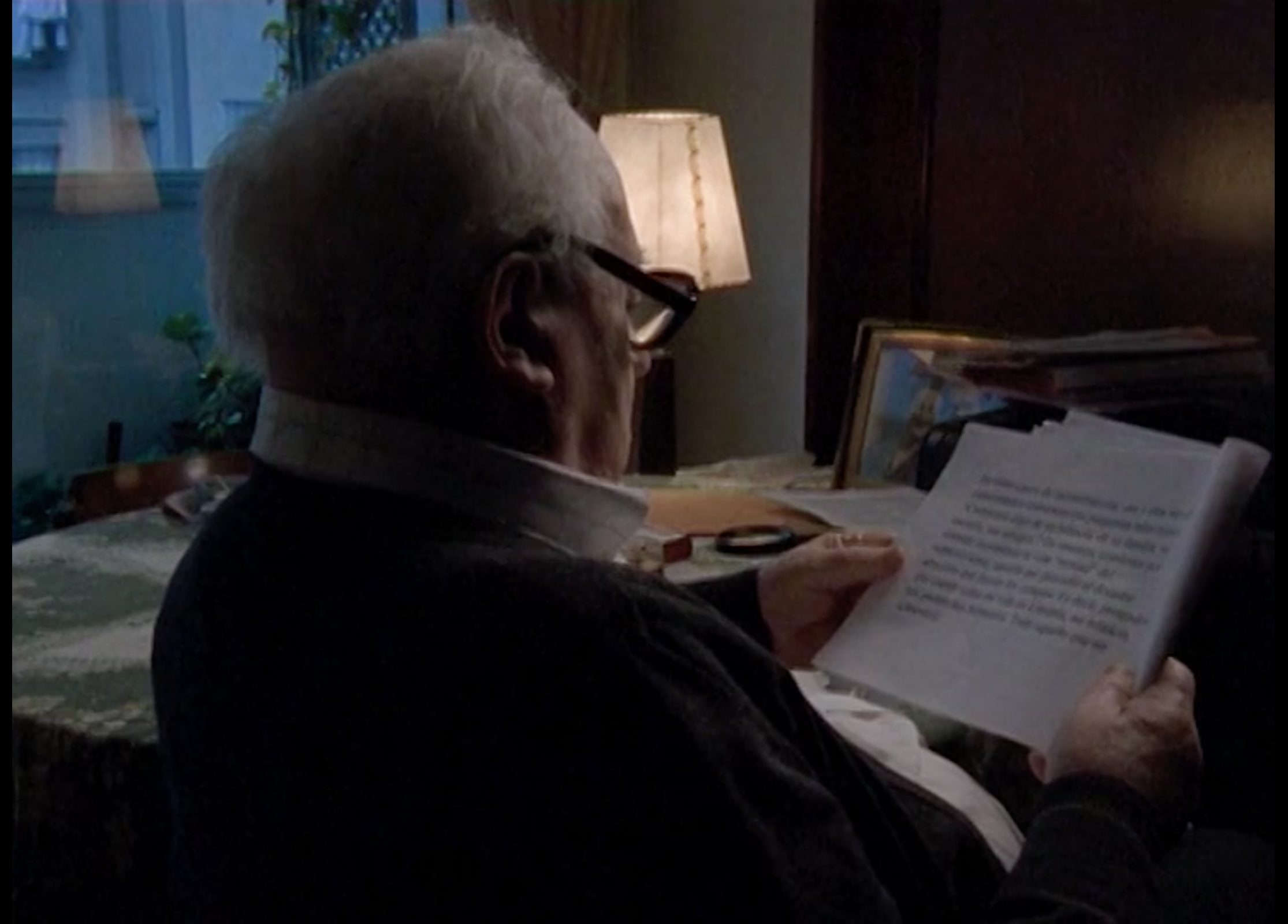 Cesarco describes his video as a “work of fiction rooted in reality.” The film portrays the artist’s zeide, Yiddish for grandfather, a Holocaust survivor. Although it mimics a documentary, in which a subject is interviewed about their experience, Zeide Isaac is in fact a performance of a script written by the artist in collaboration with his grandfather about his memories. Transformation—from first-hand experience to a retelling, from one language into another, from individual to collective memory—is a central motif in Zeide Isaac. The resulting work thus speaks not only to the limitations and possibilities of testimony, but also the vagaries of memory.

Alejandro Cesarco (b. Montevideo, Uruguay) is a conceptual artist whose work utilizes a variety of mediums including video, installation, text, and photography. After graduating with a degree in economics, he completed an MA in studio art through a program run jointly by New York University and the International Center of Photography. In addition to his studio practice, Cesarco has curated several exhibitions and runs Art Resources Transfer (A.R.T.), a nonprofit organization that publishes and distributes books to underserved public schools, libraries and prisons nationwide. Cesarco’s work is influenced by literature and literary theory, and by the fragile relationships that exist between imagery, language, and meaning.

Alejandro Cesarco exhibited at Gallery 400 as part of the show Traduttore, Traditore curated by Karen Greenwalt and Katja Rivera. Traduttore, Traditore brought together a group of artists from around the world who employ processes of translation to expose, question, and challenge global circuits of economic and cultural capital.