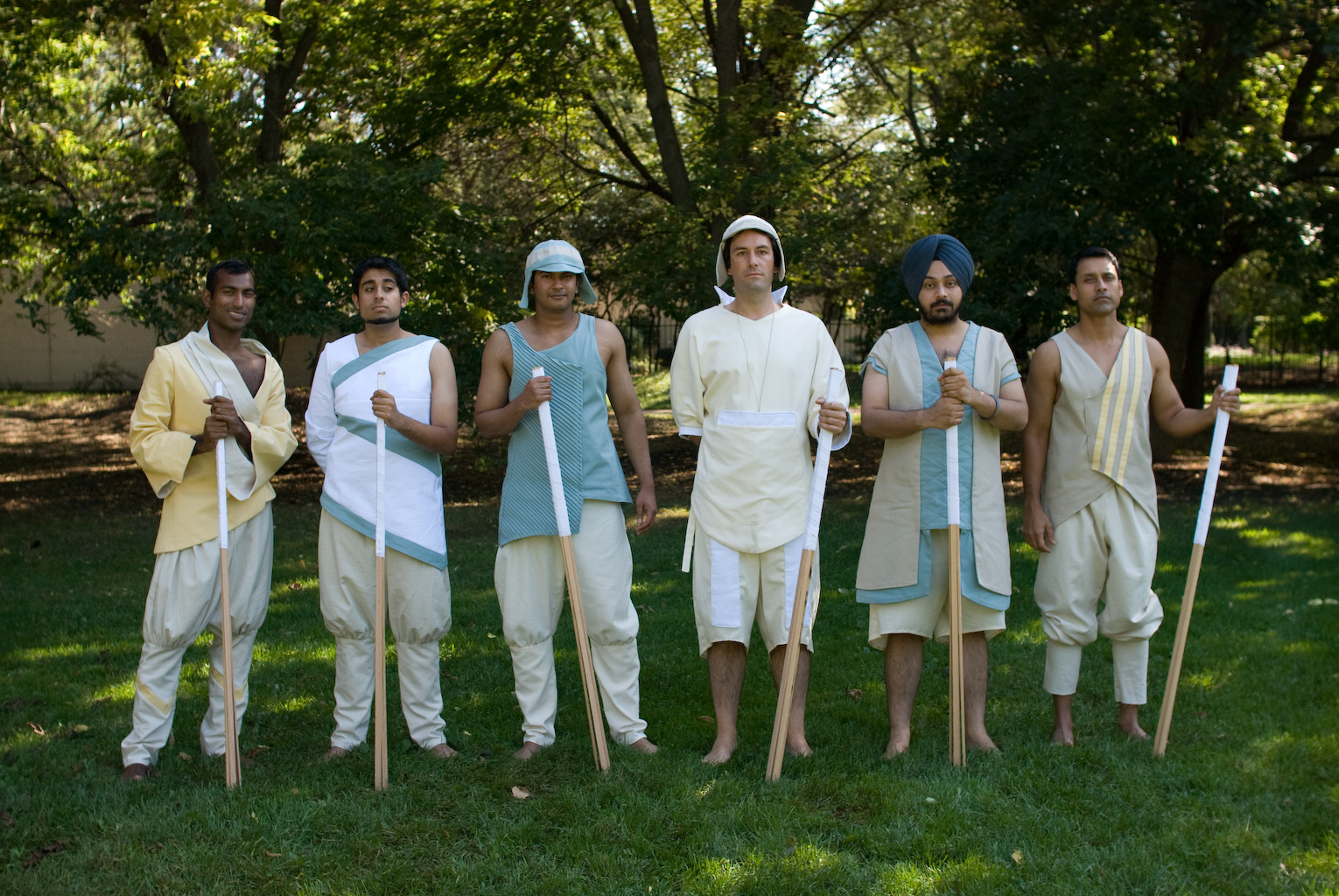 Mathew Paul Jinks ’ On Sundrun explores post-colonial identity as formed by rituals and memories. The exhibition, including performance, sculpture, and sound installation, centers on the title work, a feature-length video documenting the actions and dialogue between Jinks, an expatriate Englishman, and five performers of Indian and Pakistani heritage as they commence to spontaneously invent a sporting game one day in a Chicago park. Dressed in costumes provided by Jinks, the individuals devise a chaotic game that resembles something between cricket and capture the flag. Over the course of the work, between bouts of gameplay, rules and objectives are rewritten, and the players, in getting to know each other, discuss traditions, histories, and their current lives and locations.

“Reservation and repression are traits of the English: they acknowledge the history of their country but do not readily address it.”

Emphasizing tactility over linear narrative or direct history, Jinks ’ artworks approach the topics of power, control, and inheritance through a re-working of the definitions of game and sport. As Jinks himself stated, “Reservation and repression are traits of the English: they acknowledge the history of their country but do not readily address it.” In the discussions among the performers in the film, this repression of history is likewise acknowledged as a presence in the immigrant experiences of the Indian and Pakistani participants. Whether a result of personal histories or a reflection of a quintessentially post-colonial tradition, the effects of transposition and assimilation are amplified in the use of sound and atmosphere throughout the works.

In the main gallery, a large installation crafted by Jinks twisted and pulled a large practice net into a chamber for an irrational and unnamed game. During the opening reception, a choral group sang a series of liturgical and religious songs off and on for three hours in the front of the gallery. During the run of the exhibition, a live unedited audio recording of this performance was played back in the space where the singers performed. Also on display, in the very front of the gallery, were the costumes used in the filming of On Sundrun.

On Sundrun was commissioned as one of the projects in the 2009–10 At the Edge: Innovative Art in Chicago
series.