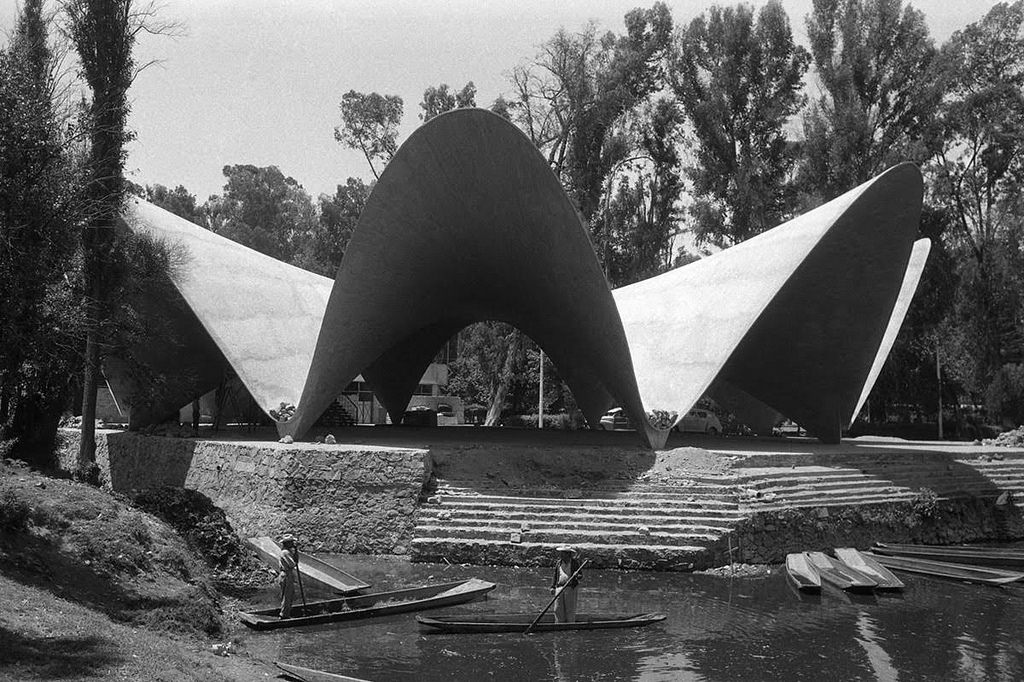 Félix Candela’s Concrete Shells: An Engineered Architecture for Mexico and Chicago roots Félix Candela (1910–1997) as one of the most prolific architects of the 20th century in his designs with advanced geometries and lasting influence in contemporary architecture. The exhibition sheds light on his visionary work through photographs, architectural models, plans, and videos, as well as his time as a professor at the School of Architecture at the University of Illinois at Chicago (UIC) from 1971–1978.

Born in Spain and exiled to Mexico at the end of the Spanish Civil War in 1939, Candela spent thirty years in Mexico, where he established his career as an architect. In the 1950s, Candela debuted his experimental signature shell structures by designing a continuous curved surface of minimal thickness. His designs evolved as feats of architectural engineering, using hyperbolic paraboloid geometry. Through architectural models, plans, and photographs of construction sites, Félix Candela’s Concrete Shells tracks the evolution of his designs and emphasizes their ingenuity.

In addition to structural advancements, these curved and cantilevered forms brought new textural and atmospheric qualities to the social and communal spaces they shelter. Candela saw aesthetic implications as inseparable from engineering concerns. He argued that in architecture, “Form cannot be arbitrary; rather, it must satisfy an innumerable series of requirements … the two that I consider most important in the elaboration of architectural form [are]: the aesthetic factor and the structural factor.” Working not only as an architect, but also as a builder and a contractor, Candela recognized the great importance of structural efficiency, and his experiments pushed architecture’s formal and material limits. The exhibition documents fourteen of his gravity-defying concrete shells, including the Pavilion of Cosmic Rays at UNAM in Mexico City (1951); the Chapel Lomas in the outskirts of Cuernavaca (1958); Los Manantiales Restaurant in Xochimilco, Mexico City (1958); and the Palace of Sports for the Olympic Games in Mexico City (1968).