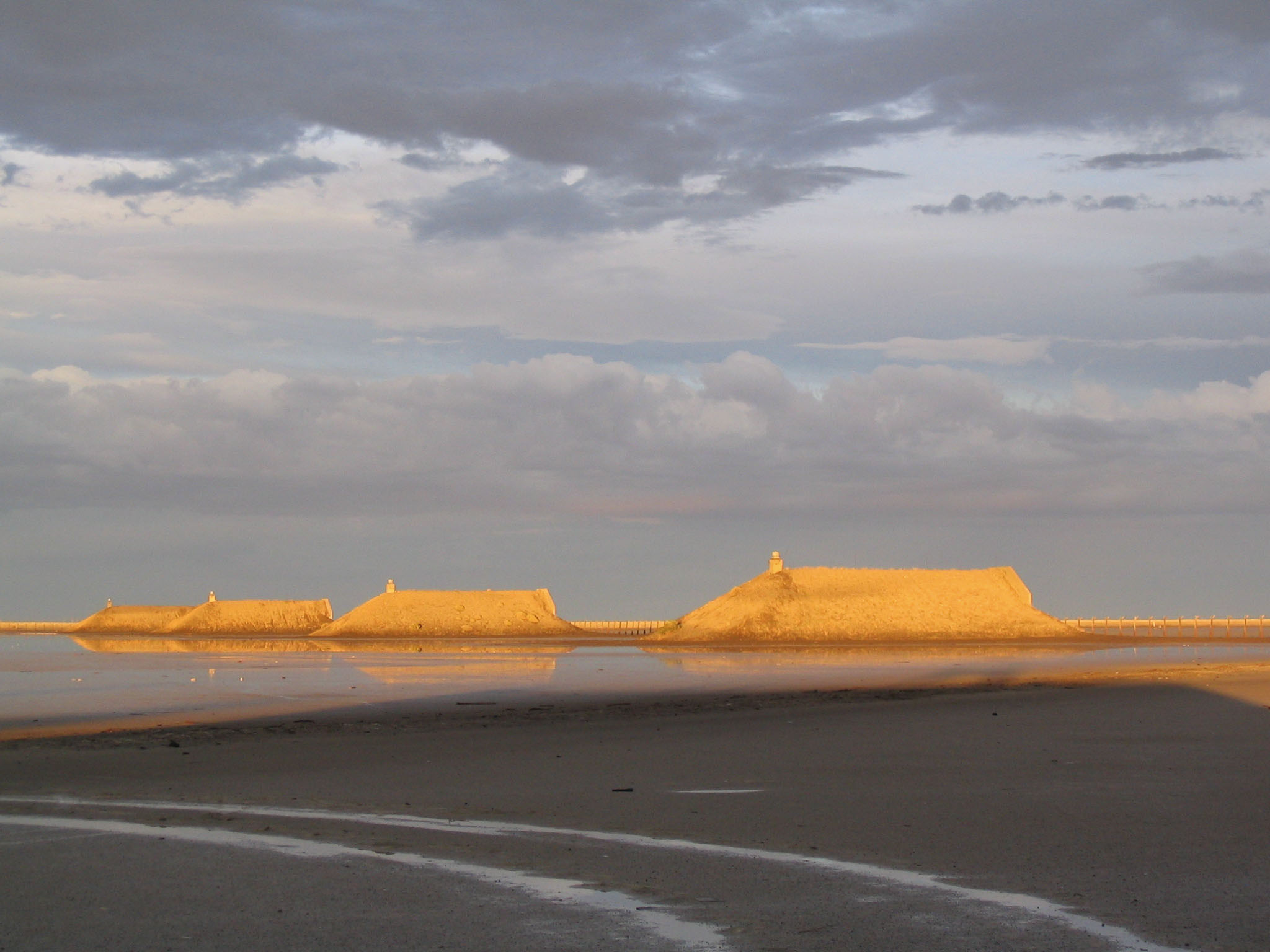 In June and July of 2006, John Arndt spent several weeks at Wendover Airfield, Utah, under the auspices of the Center for Land Use Interpretation. The residency served as a base camp for excursions, some overnight, into a region that extended from the Nevada border to Salt Lake City, to Idaho in the north and the Dugway Proving Grounds in the south.

Empire, Gallery 400 ’s exhibition of Arndt ’s resulting work, presents sculpture, video, photography, and found items from Arndt ’s time in the Great Salt Lake Basin. A central element of the project is Gallery 400 ’s publication and distribution of Arndt ’s audio compilation Field Recordings from the Great Salt Lake Desert. The project, which shares a methodology with landscape painting, documentary film, and non-fictional travel writing, presents the desert as a series of sounds meaningful to Arndt in an admittedly subjective and idiosyncratic way: the sounds either connect to the history of the desert, reveal an interesting facet of its current state, or help to establish a sense of the uniqueness of place.

The Great Salt Lake Desert arouses curiosity most often because of the impression of complete emptiness it leaves on travelers, especially those driving the hundred-mile stretch through the center of northern Utah, along Interstate 80 where there exists nary a town. The desert provides a radically unique situation that few people have ever experienced — that is, an environment where silence can be approached. Typically, our brains, in order to maintain concentration and secure sanity, do a remarkable job of filtering out the majority of sounds in our modern surroundings, without our cognizance of its censorship. However, even in the desert, silence can often be difficult to come by. Usually some sound is present: the drone of a distant airplane, a migrating bird, or a tenacious insect, but the opportunity to focus on such sounds in isolation, unaccompanied by ambient noise, is a scarcity in urban areas. At the same time, however, it is one ’s sense of the Great Salt Lake Desert as a wasteland that allows for a great diversity of activity (and hence sound) to occur. Benefiting from the lack of public scrutiny, chemical and biological testing, storage and incineration, military training and weaponry experimentation, industrial material harvesting and processing, the Great Salt Lake Desert is able to provide us with a treasure trove of sounds.