Chronicle of a Fall: Nadav Assor & Tirtza Even 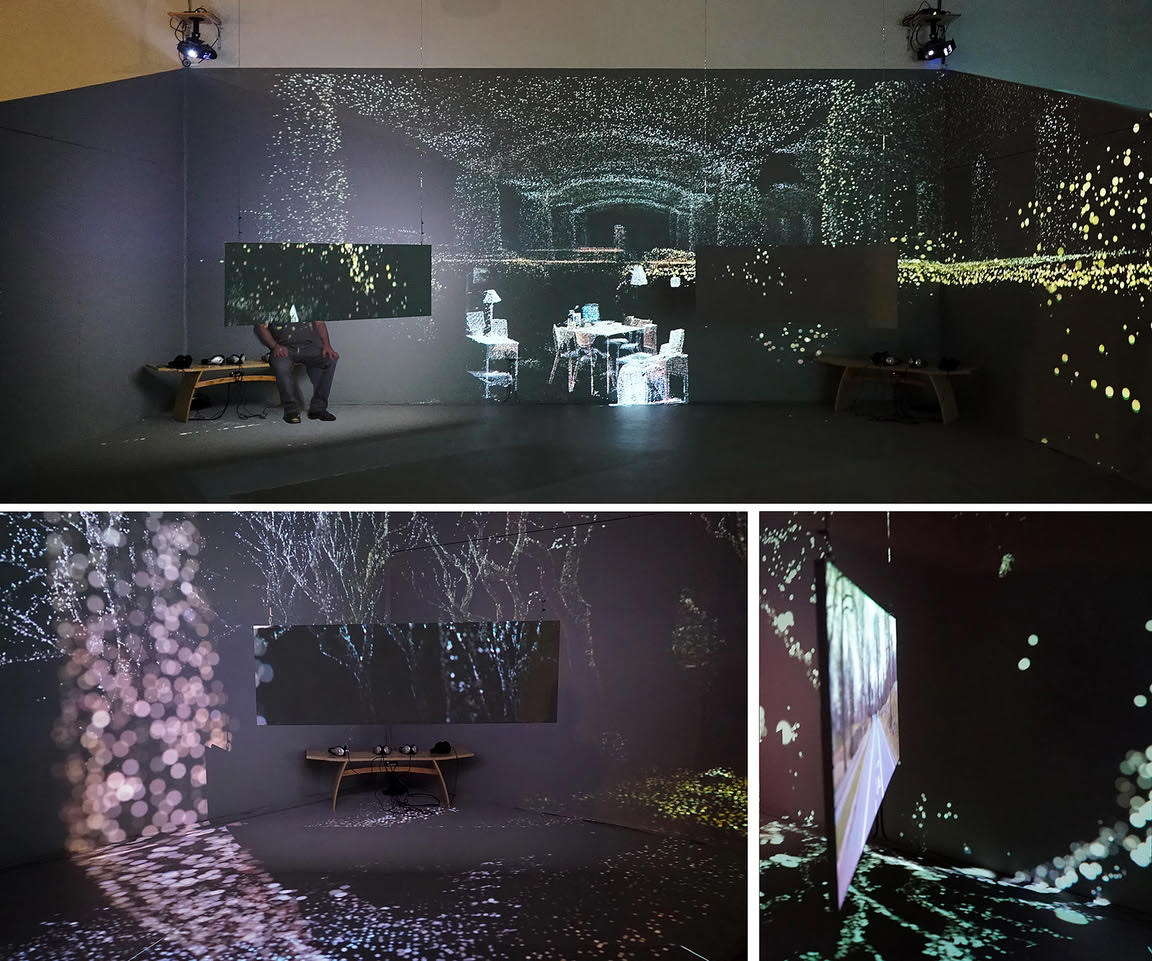 Nadav Assor and Tirtza Even

Chronicle of a Fall is an immersive, feature-length video installation depicting the fragmented, transient experience of a group of immigrants in the US. Chronicle of a Fall confronts a period in which interpersonal relationships, the experience of home, and one’s sense of presence and belonging have all been transformed and fragmented by global capital and electronic media, as well as by government policy. Chronicle of a Fall begins with a simple question asked of a group of six immigrant cultural workers, primarily from the Middle East and the Global South: “What is home to you?”

Many of Chronicle of a Fall’s immigrants or immigrant-born subjects (including the artists themselves) have left one country in which democracy is cast in shadow, for the US, only to find it too cast in a shadow of its own making. The work’s multiple videos convey the disjointed, partial nature of the immigrant subjects’ experiences, providing an intimate and visceral insight into their daily lives and domestic environments. Chronicle of a Fall extends its referent, the 1960s documentary Chronicle of a Summer by Jean Rouch, into the 21st century, and updates the former film’s cinema verité approach by using emerging technologies such as parallel body worn cameras used by both subjects and filmmakers, as well as through volumetric capture and projection mapping.

Like Chronicle of a Summer, Chronicle of a Fall considers how its participants negotiate the concepts of home and happiness in an increasingly fraught social and political landscape. As in the earlier film, the subjects interview each other, gather for dinner, work, or wander with only the filmmakers as company. Unlike its predecessor, however, Chronicle of a Fall is created in a period in which electronic media itself has become a space to be navigated, a nonplace in which the protagonists are immersed, often experiencing two places at once, or one place from multiple perspectives. In an echo of that dislocation, the videos depicting the participants’ daily life and private conversations are immersed in a pointillist 3D environment created from interconnected fragments of the immigrants’ shifting domestic spaces, as well as the public environments they navigate. Created by means of an architectural laser-scanner that converts places into 3D “point-clouds,” the encompassing semi-abstract animations depict intertwined, constantly slipping spaces—spaces that envelop and conceal the more intimate point-of view stories of love, loss, and longing.

Nadav Assor (b. 1979, US / Israel) lives and works in Providence, RI. Assor’s work takes on systems of technological mediation that are frequently military-industrial in origin, from eye-tracking cameras to drones, telepresence-robots, and mixed-reality environments. Low-fi versions of these are critically repurposed in his work to function as a means for creating communities, connections, intimate human dialog and visceral audio-visual-tactile experiences.

Tirtza Even, a documentary maker and video artist for over twenty years, produced both linear and interactive video work representing the less overt manifestations of complex and at times extreme social/political dynamics in specific locations (e.g., Palestine, Turkey, Spain, the U.S., and Germany).

Even’s work has been shown at the Museum of Modern Art, NY, at the Whitney Biennial, the Johannesburg Biennial, as well as in many galleries, museums and festivals in the U.S., Israel, and Europe, including The Museum of Modern Art, NY, Doc Fortnight, RIDM Festival, Montreal, Rotterdam Film Festival, San Francisco Film Festival, New York Video Festival, Lincoln Center. Even’s work has won numerous grants and awards, including 3ARTs Visual Arts and Next Level Awards, Fledgling Distribution Fund, Artadia Award, Chicago (winner of top award); Golden Gate Awards Certificate of Merit, San Francisco International Film Festival; Media Arts Award, the Jerome Foundation; Individual Artists Program Awards, NYSCA, and many others; and has been purchased for the permanent collection of the Museum of Modern Art (NY), the Jewish Museum (NY), the Israel Museum (Jerusalem), among others. Even has been an invited guest at many conferences and university programs, including the Whitney Museum Seminar series, MIT Open Doc, the Digital Flaherty Seminar, SXSW Interactive Conference, Art Pace annual panel, ACM Multimedia, and others. Her work is distributed by Heure Exquise, France and Video Data Bank (VDB). Even is currently an Associate Professor at the School of the Art Institute of Chicago’s Film, Video, New Media, and Animation department.