Chronicle of a Fall Convening: Artists and Scholars Talks 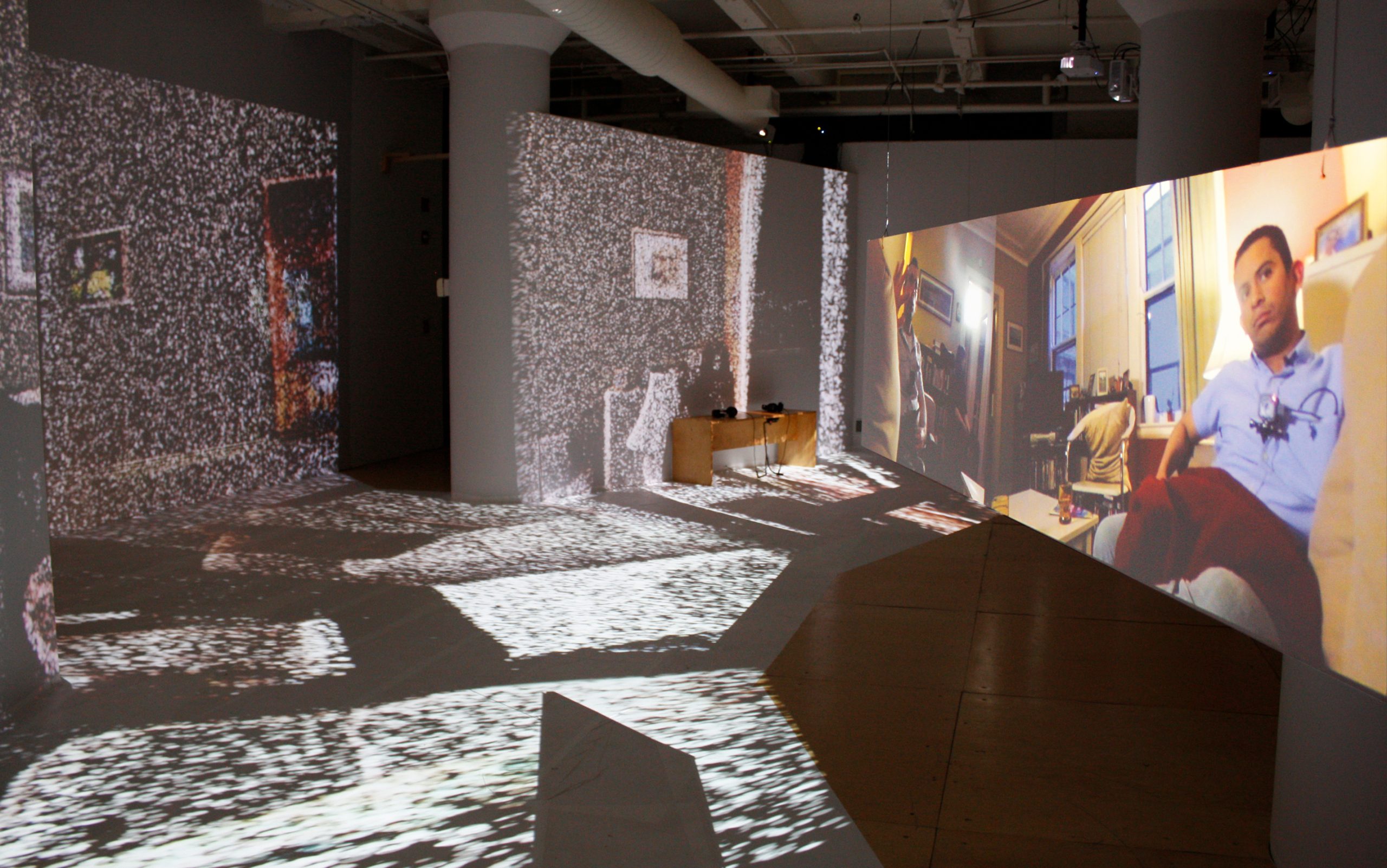 Location
Hybrid: in-person at Gallery 400 and online via Zoom

Join us for a series of conversations with artists Tirtza Even and Nadav Assor and the participants in their Chronicle of a Fall video project (on view now at Gallery 400 through August 6). Three conversations will feature the artists and participants discussing questions of belonging, migration, race, queer experience, and more. Chronicle of a Fall participants and artists Juan Flores and Sejake Mats’ela will be in conversation with art historian Daniel Quiles. Writer and curator Shirly Bahar and scholar Raja Halwani will speak with curator and art historian Ruslana Lichtzier.

Conversations will be held in person at UIC Gallery 400 with virtual Zoom access available via registration here.

1:00pm … Nadav Assor and Tirtza Even in conversation with Lorelei Stewart

Assor and Even discuss their previous work; their collaboration on Chronicle of a Fall; the project’s background, processes, and context; and the artists’ own experiences as immigrants to the US. Assor’s work takes on systems of technological mediation that are frequently military-industrial in origin, from eye-tracking cameras to drones, telepresence-robots, and mixed-reality environments.  A documentary-maker and video artist for over twenty years, Even has produced both linear and interactive video work representing the less overt manifestations of complex and at times extreme social/political dynamics in specific locations. Stewart is director and chief curator of UIC Gallery 400.

Artists Flores and Mats’ela speak about their experiences in the Chronicle of a Fall filming and the larger context of migration and race in the US, as well as their artistic practices in photography, poetry, prints, murals, and video. Flores is currently an MFA candidate at the School of the Art Institute of Chicago in the Art & Technology Studies Program. A writer, film practitioner, and photographer, Mats’ela—as a writer for screen, an art director, and script supervisor—has contributed in the making of a number of films which have screened internationally on television and at film festivals. Quiles is associate professor of art history, theory, and criticism at the School of the Art Institute of Chicago with academic research focused on Argentinean conceptualism, as well as new media and politics in Latin American art.

Curator Bahar and scholar Halwani speak about migration, queer experience, and questions of Palestine and the Middle East, as well as their Chronicle of a Fall interview experiences. Adjunct professor at Columbia University, Bahar writes and curates explorations of the relationships between representation, politics, and the body. A professor of philosophy at the School of the Art Institute of Chicago, Halwani has major research interests in philosophy of sex and love, queer philosophy, moral philosophy (especially virtue ethics), political philosophy, animal ethics, and philosophy of art. An PhD candidate in art history at Northwestern university, Lichtzier is a curator and critic whose research and exhibitions present a kaleidoscopic curiosity towards diverse areas within contemporary art.

ASL interpretation and CART captioning will be provided. For any other access requests, please contact gallery400@uic.edu or call (312) 996-6114.