The Hunchback of Seville 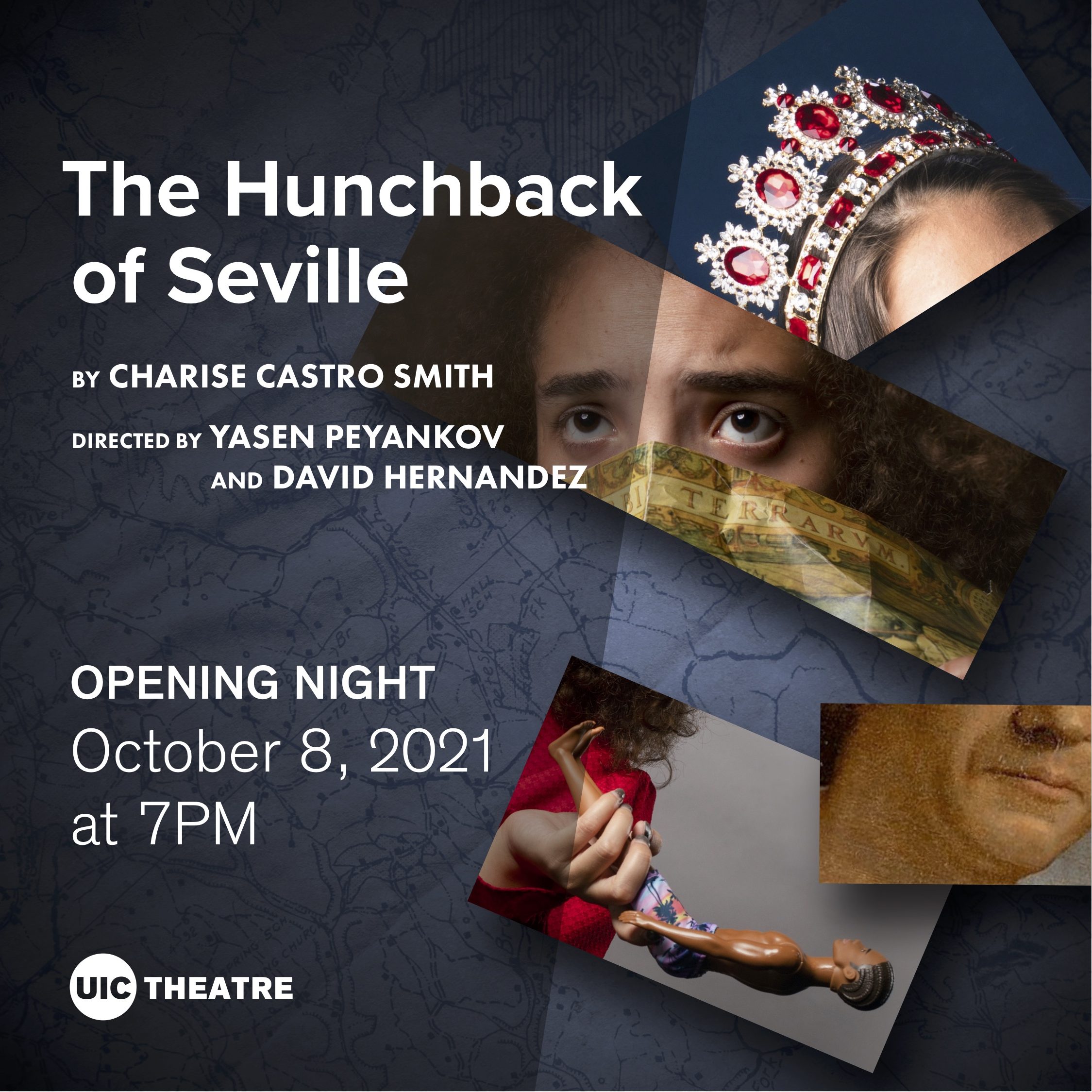 Seville, Spain, 1504. It has been twelve years since Columbus landed in the Americas. Rumors of an ongoing genocide in the new colonies are starting to make their way back to Spain. Maxima Terrible Segunda is a hunchback living locked away from the eyes of the world in the Royal Palace. On the coldest day of the year, her adopted sister, The Queen, pays her a visit accompanied by her bratty daughter, next in line for the throne. Soon enough Maxima is faced with tough decisions to make—revolving love, identity, and her country’s fate. This thriller-comedy breaks all rules of time and language, and our perception of history. No one is as righteous as they think they are.

Charise Castro Smith is a Cuban-American writer from Miami, Florida. She describes some of her writing processes as “bake-offs”, where she makes a list of objects, events or concepts, and includes them all during a timed writing session. She has written for theatre, television, and film, including Disney’s Encanto, set for a 2021 release. She’s known for her unique style of thriller-comedy or as she calls it “Thrillody.”