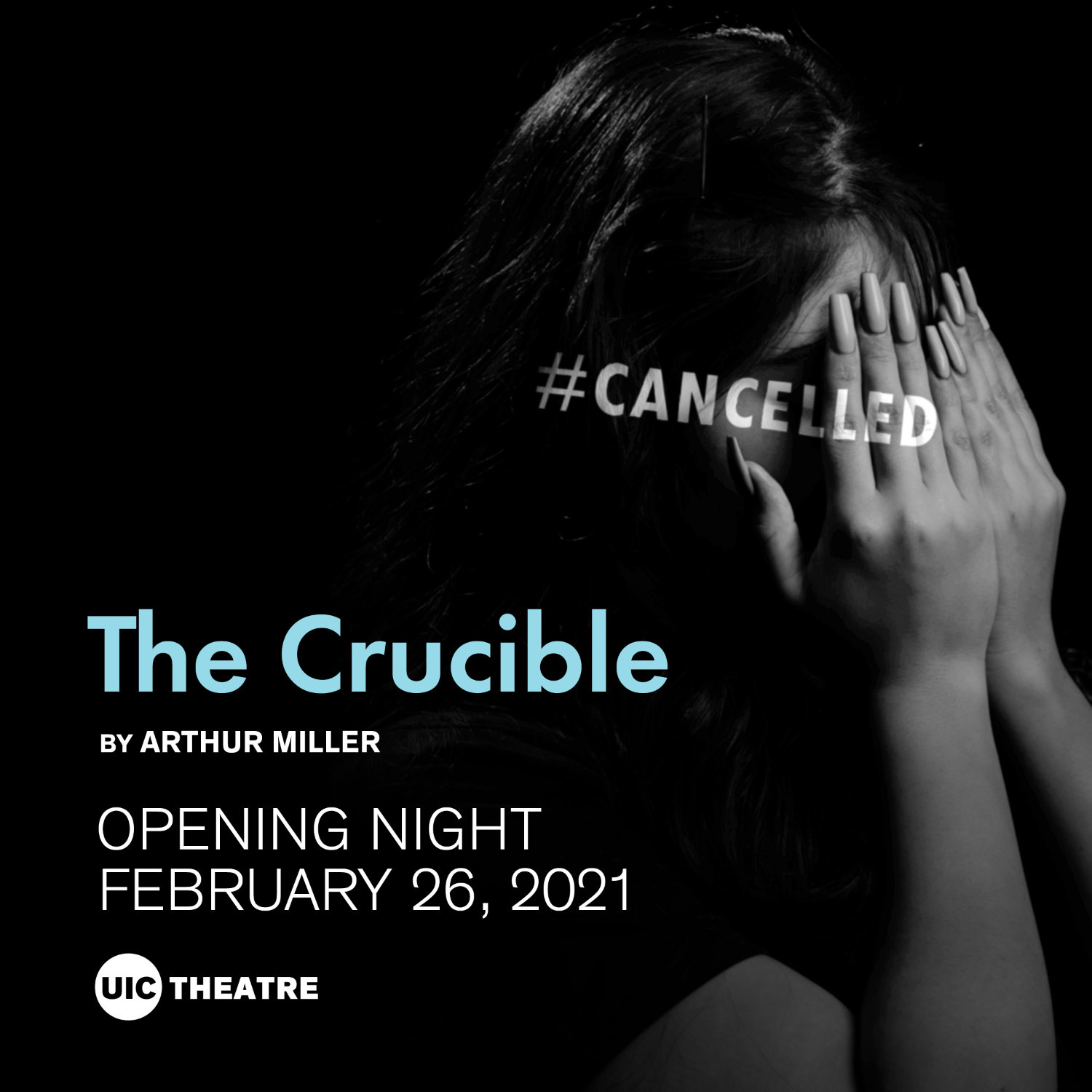 When teenage girls are discovered trying to conjure spirits, the 17th century town of Salem explodes with accusations of witchcraft. The vicious trials that follow expose a community paralyzed by fear, religious extremism and greed. “The Crucible was an act of desperation … when I began to think of writing about the hunt for Reds in America, I was motivated in some great part by the paralysis that had set it … Nobody but a fanatic, it seemed, could really say all that he believed” (Arthur Miller). Sadly, we live in a polarized world of fake news and cancel culture so the play is still achingly relevant today as it was in 50’s during the McCarthy years when peoples’ livelihoods were being canceled.

PARKING
Parking is available for a flat fee of $13.00 ($9.00 after 3pm) on the weekdays and $9.00 on the weekends in the UIC Harrison Street Parking Structure (HRPS): 1100 W Harrison. Guests can pay as they enter with cash or credit card.

There is also an open-air parking lot (Lot 1B) on the corner of Racine and Harrison Street (enter on Harrison heading east). This is a variable rate parking lot but could be less expensive if you do not stay for more than 3.5 hours.

PUBLIC TRANSPORTATION
CTA Blue Line to UIC-Halsted. There are 3 exits from this platform. Take the far west exit with the long ramp (towards Morgan Street). There are also CTA buses (#7 and #60) that stop directly in front of our building.