Lydia Diamond in The New York Times: on racism 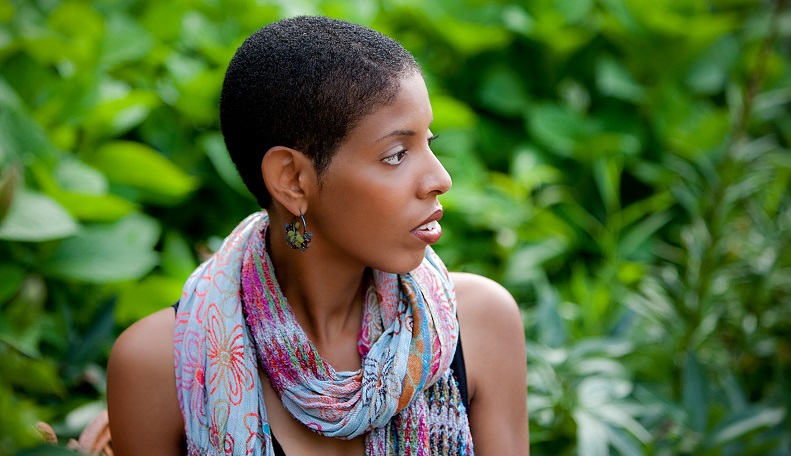 “Until you show me institutional change, I don’t want to hear it.”

On June 10, 2020, UIC School of Theatre and Music Clinical Associate Professor Lydia Diamond discussed the impact of race and racism on African-Americans working in the theater world with Laura Collins-Hughes. One of four African-American theater figures from different parts of the country and different corners of the business interviewed by The New York Times, Professor Diamond shared her first-person account and discussed how the theater world should change.

The interview follows the killing of George Floyd, the shooting deaths of Ahmaud Arbery and Breonna Taylor, and impassioned nationwide protests over racial injustice. On June 8, Professor Diamond was one of 300 artists who challenged “White American Theater” in a blistering statement; the Broadway Advocacy Coalition held a forum on racism in the industry the same week.

Says Diamond: “Every second of every moment of my career is touched by some degree of a kind of racism that is just pervasive in the landscape of America. This moment, where the world is blowing up, comes out of a pent-up frustration about the way we as people of color have been navigating the world. It is frustrating to me and, I will presumptuously say, most other African-Americans or people of color in my industry.”

Diamond continues: “I wrote a play called ‘Smart People.’... At the heart of it was this idea that if white leaders of institutions, and white people in general, could just acknowledge the depths of their embracing a kind of white supremacy that allows them to allow institutions to be not inclusive and not equitable, maybe we could fix it. But that means real institutional change. For real. Not a program where you now have three interns who are black. And I have not a lot of faith that the theater structure, the way it’s built right now, wants that.”

Professor Diamond, an award winning playwright, made her Broadway debut in 2011 with the comic drama Stick Fly, and won raves for her Off Broadway play Toni Stone last year. Her plays include Smart People, Harriet Jacobs, Voyeurs de Venus, The Gift Horse, The Inside, and her adaptation of Toni Morrison’s novel, The Bluest Eye. Her work has been produced on stages nationwide, including A.C.T., Arena Stage, The Arden, Cort (Broadway), Company One, Denver Center, The Goodman, Windy City Playhouse, The Steppenwolf, The Guthrie, MPAACT, Congo Square, Huntington Theatre Co., McCarter Theatre Center, Roundabout (Off Broadway), Second Stage (Off Broadway), and True Colors. She has developed original series for HBO and NBC, and wrote for Showtime’s Season 4 of The Affair (for which she was nominated for a Writer’s Guild Award for Best Drama). Diamond recently received the Horton Foote Playwriting award and an honorary MFA from American Conservatory Theater. For more on Diamond’s work, visit wikipedia.org/wiki/Lydia_R._Diamond.